Have you ever been over to the Oriskany Battlefield in Oriskany? Have you ever felt chills inside like something was following you, or after you? Do you believe it's haunted? Well you're not alone.

Everyone has their own ghost stories from the battlefield, and many in this area have some they could share. Here's my ghost story from 2011.

It was a rainy September night back in 2011. My friend Dan is in the Navy stationed in Virginia, and he was home for the weekend to visit. We thought adding beer to the visit was a great idea. While we were drinking in his garage, we were talking ghost stories with friends and family. Someone suggested we go on a ghost hunt that night, and it seemed like a great idea. We had a designated driver, and we had a group that consisted of Dan's Dad, our friend Ben, Dan's sister Stephanie, and of course Dan. We were ready to hunt some ghosts.

Now, we hit up some of the common sites in Central New York including Starr Hill, Potato Hill, and a few other cemeteries. We weren't really finding anything. Granted we were having a good time, but there was no ghosts involved. It was getting late too, it was around 2AM. I came up with the bright idea of heading over to the Oriskany Battlefield.

Growing up I remember my parents telling me ghost stories of the battlefield. My Dad is a pretty big skeptic so for him to tell me he believed it was haunted, meant something. I gave someone the directions and we were on our way.

The Oriskany Battlefield is a New York State historical landmark. We don't condone you venturing into this historic site after hours. Obey all posted hours if you plan on taking a trip there.

We didn't even enter the Battlefield yet and I started to hear the sound of drums beating. I asked our group if they could hear it, and they had no idea what I was talking about. It scared the hell out of me, because no one else could hear it.

The sound was growing louder. Along with the drums I started hearing general yelling. I compared the sound to our group like being at a Yankee Game or Football Game where you hear general crowd noise sitting in your seat. Except, these sounds seemed to be men screaming like they were charging into battle.

These sounds followed me as we started to walk into the battlefield. All of us had the feeling of something following us, and it was creepy. Dan's father and I started hearing the sounds of gun shots across the field. It sounded like bullets hitting the trees and bouncing off.

As we got farther into the field, the battle yells started getting louder and so did the beats of the drums. At this point other members of the group started to hear the sounds along with me. At this point, everyone started freaking out. We decided it would be best if we started heading back to the car.

As we started to exit the field a vision started playing out in my head. I felt like I was in the Battle of Oriskany, that I was a solider fighting. I saw the vision of a British Red Coat charging at me and firing a musket. I felt a gun shot go right into my chest, at my heart......... My heart started pounding and hurting....... I felt like I was going to have a heart attack. I could see in my head the vision of a soldier in a blue coat falling to his knees and dying.......

At that point I was rushing to get out as fast as I could. We started to walk a lot faster and get the heck out. Once we got back on the road possibly the scariest moment of my life happened......

We were walking with our backs to the battlefield, and all of a sudden a white figure of a human crashed into my left shoulder and ran into the weeds on the side of the road. Dan's Dad saw it, and we both freaked out. A ghost of a soldier just pushed me and ran off in front of me to the side of the road....... What was going on?

From that moment on I promised to never drive by at night. I lived in Oriskany for over a year and managed to only have to drive by a handful of times. To this day the place freaks me out.

Do you have a ghost story of this site? Let us know below: 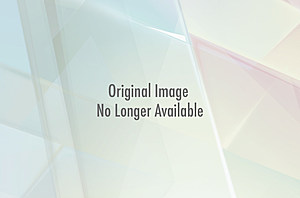