I guess nothing is safe from inflation. Even the Tooth Fairy has to dig a little deeper through her pocketbook these days.

Do you remember what the Tooth Fairy gave you for your baby teeth? A quarter? Maybe a dollar, if it was a particularly good specimen? Well, guess what. It's 2023, and that ain't gonna cut it.

A recent survey was conducted by the Dental Care Alliance, who polled over 1,2000 parents from across the United States, asking, "How much do you pay your child for a lost baby tooth"?

Well, after you pick yourself up from the floor from discovering the Tooth Fairy isn't real, you might pass out again when you hear this...

THE NATIONAL AVERAGE FOR A TOOTH IS $4.57

$4.57 per tooth?! That's crazy! That's about the same price as a gallon of gas in Central New York right now. Maybe they'll accept a direct teeth-for-gas trade at Stewart's? It doesn't hurt to ask.

So where do we rank? Well, you can be proud, New York, because we're in the Top 10. You ready for this "moment of tooth"?

$5.88 for a little chunk of pulp, dentin, enamel, and cementum? (I Googled "What are teeth made of") That's pretty insane. Most children have 20 primary teeth in their heads, which means their mouths are worth $117.60 in New York. In case you're wondering, Delaware is #1, at a staggering $8.91 per tooth!

With the price of teeth going through the roof, it's no wonder so many adults let theirs rot out. The Fairy's paying a premium!

Check out the chart below to see where other states rank: 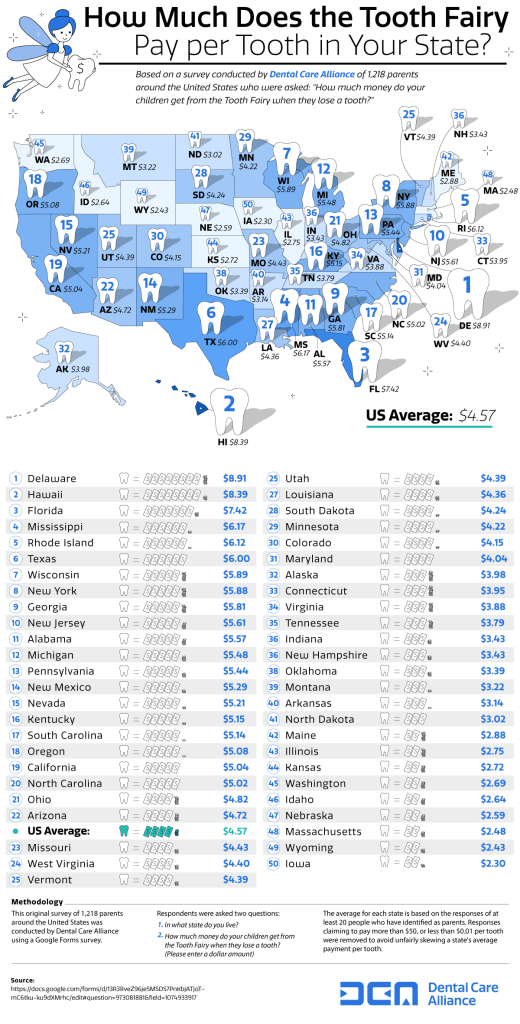 There are several species of shark in the waters around New York.