The way Harry Black won an incredible $31.7 million in the lottery is truly amazing. You see, the $63 million jackpot was ultimately split four ways which means that if Harry had used his winning numbers on just one ticket, he only would of walked $20 million. But his numbers came up twice, which is very unusual.

As the BBC reports, Black, from British Columbia, won the money thanks to his purchasing two tickets with identical numbers.

“This is a wonderful surprise to all of us,” said Kevin Gass of the British Columbia Lottery. “While it’s not known how many people buy identical tickets for a draw, it is the first time in the company’s recollection that we’ve had this unique sort of win.”

Harry Black is 66 and is a resident of Surrey, British Columbia. He has been playing the same lottery numbers since he was 31, which means he waited 35 years for this enormous payday. Harry said that he has always purchased two tickets with the same numbers.

He knew he was holding the winning pair of tickets since April 13, but he didn’t step forward to claim the jackpot until the end of May. He figured he should figure out how he’s gonna spend the money.

“After this is done, I’ve got to get out of Dodge and do something I’ve never done in my entire life: Go on a holiday,” he told CTV.

“I already got enough toys,” he said at the press conference where he was awarded his giant lottery check. “I worked hard for them. Maybe I’ll have time to play with them.”

Harry Black also went on to say that he’d never won more than $10 off a single ticket before. He purchased the two winning tickets at a local Chevron gas station. Congratulations! Congratulations again!
Subscribe to Lite 98.7 on 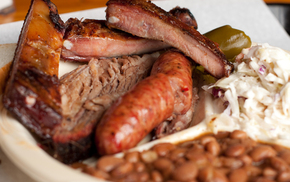