Ever you ever wondered if New Hartford High School was haunted? We have a couple of different reports, and ghost stories to share with you.

The memorial, a monument on the present Central School grounds over a vault containing bodies of pioneers, reads: "Site of the old burying ground, 1788-1953, in memory of those hardy pioneers who helped found a nation and who settled this village and valley."

Now of course most of the remains were moved to the Greenlawn Cemetery in New Hartford.... but apparently not all. The Utica OD had a report back in 2009 of remains being found on the grounds, and throughout the years. Back in 2004, human bones along with a skeleton were unearthed during a construction project at the school. Also remains were found in 1990, in the 1930s, and in the 1950s when the school and additions were built.

What ghosts have been reported around the grounds? There have been numorous sightings over the years by teachers, students, and even janitors.

One of the janitors claimed that one time she felt something like a person pass through here, and very soon after quit her job because of it.

Rumor has it that there is one 'bad' ghost and one 'good' ghost the bad one in the auditorium. The good one has been seen wandering the halls." One poster on Topix claims the "good one" is a woman who is a short figure always by a window.

Have you ever had a experience at the High School? Let us know in the comments below. 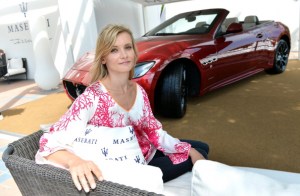 15 Signs You Grew Up In New Hartford

Ah, New Hartford. It's the Herkimer Diamond of the area. It's so beautiful, and amazing. Why wouldn't you want to raise a family there? Here's a couple signs you probably grew up in New Hartford.